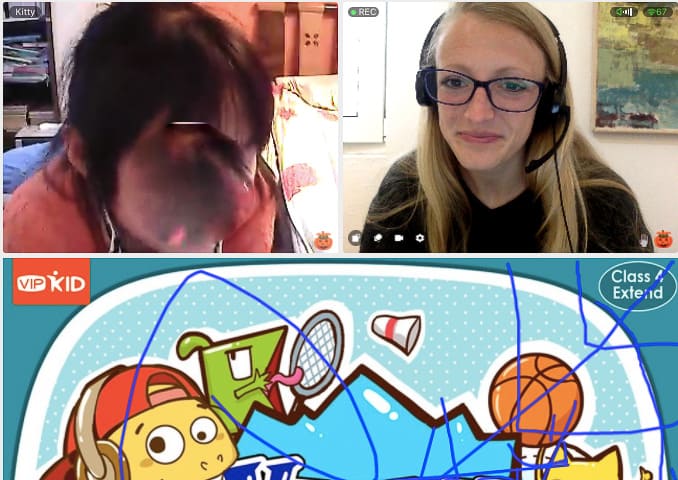 Having awesome VIPKID reward systems plays a major role in engaging the students and keeping the parents satisfied.

I’ve found that my VIPKID reward system ideas have kept my students coming back for more and begging to book classes with me.

Here are six exciting VIPKID reward system ideas that you can implement in your classroom.

Oh! And the best part?

They don’t require ANY props. These VIPKID reward system ideas are completely free.

The holy grail of all VIPKID reward systems.. tic-tac-toe.

I’m telling you, this game has turned my students into savages.

They beg their parents to book classes with me so they can beat me in tic-tac-toe. As soon as they play tic-tac-toe with me one time, they are hooked. I even have students drawing the tic-tac-toe board immediately after I give them a star.

Introducing Tic-Tac-Toe To Your VIPKID Student

Note: Most students know how to play tic-tac-toe, especially if they are seven years old and above. I’ve played this with students as young as five and it worked really well.

Some students might not pick up on the game and in that case, you can play one time before switching to a different reward system.

Where To Play Tic-Tac-Toe

I used to play tic-tac-toe using my whiteboard, but soon I began to travel the world full-time and carrying around props wasn’t easy.

It works better to use the screen because then the students can actively play with you. They enjoy drawing an X or O on the game board and some students really like drawing the game board, too.

In order to use your screen as a tic-tac-toe board, simply navigate to the last page in the slideshow. Typically the last page is 27, but this sometimes varies depending on the lesson.

To quickly navigate to the last page, look at the bottom of the slideshow in the left corner. Here, you’ll find the quick navigator and you’ll be able to type “27” into the white box and then press enter to reach the last slide.

Be sure to remember which page number you were on so you can use the quick page navigator to continue your lesson after completing tic-tac-toe.

Below, you’ll find a video of exactly how I play tic-tac-toe with my students. I typically play with them 3-4 times each class (after each star, except the last) if that’s the reward system I choose to use.

How To Play Tic-Tac-Toe As A Reward System

An important part of playing tic-tac-toe with your VIPKID student is that you want them to win. When they win, you can put on an act of deep despair. The students eat this up! They LOVE it.

In order to let your student win, don’t ever pick the middle spot. We all know that the player who picks the middle spot has a 10000% more chance of winning than the other player.

In this game, you shouldn’t make it obvious that you want to lose. To get the student riled up, I point a finger at them and say “you are soooo tricky, tricky, tricky”, while also shaking my head. That sly grin I keep on my face makes it seem like I really want to win.

Sometimes I even stick my tongue out at them in a joking way.

And of course, when you lose, fake crying always makes the student happy. Not only do the students love it, but the parents laugh, too!

The runner-up for the most iconic VIPKID reward system idea is paper, rock, scissors.

This is a fun game to play because emotions can run REALLY high. I recommend pulling out all the facial expressions for this one

How To Introduce Paper, Rock, Scissors As A VIPKID Reward System

Note: This is an easy game for students to learn, even if they have never played before. This VIPKID reward system works well for young students, too.

As I said, it’s time to get animated. In order to make this game successful, you’ll want to use all of your emotions.

How To Play Paper, Rock, Scissors With Your VIPKID Student

Unlike tic-tac-toe, I sometimes mix in a teacher-win.

Since I play this game with my students 3-4 times per class (typically after every star), there is always time for the student to catch up and eventually win the entire game.

In order to let the student win, I simply keep my hand below the screen until they show me their choice (paper, rock, or scissors).

This may confuse the student if they can’t see your hand, but that’s when I say “what do you have?” while gesturing for them to show me their hand.

Where To Keep Score

I like to keep score during paper, rock, scissors.

Not only is it an easy way to extend the lesson by having the student count how many points they have, but it also makes the game more exciting.

To keep score, I simply navigate to the last page of the slideshow, which is usually slide 27.

Write their name first and your name second. I simply navigate back to this page to keep score during every paper, rock, scissors game.

Another one of the best VIPKID reward system ideas is the guessing game.

This is a fun game for children of all ages, but you’ll need to be careful. Some of the younger students might have trouble understanding complex sentences and might not have a broad vocabulary range.

How To Introduce The Guessing Game As A VIPKID Reward System

You don’t need clarification if the student understood the instructions or not. They will either understand the game or not when you start to play it. Nine times out of ten, the student will understand how to play the game after you start giving them clues.

How To Play The Guessing Game With Your Student

The guessing game is a fun VIPKID reward system because there are so many different things you could describe to your student. You can tailor the game to match their interests and there is an infinite amount of times that you can play!

Here is an example of how I play the guessing game with my students:

If the student cannot guess the answer, don’t worry. You can always tell them. However, I usually stick to relatively easy words so that my students don’t get confused.

I try to gauge their knowledge before playing the game so that I can use a word they will know, but one that isn’t too obvious.

The really interesting part about this game is when the student tries to explain something to you. This is a great way for the student to practice their free talk and sentence structure skills.

This is one of the VIPKID reward system ideas that doesn’t require a lot of explanation. Pictionary is fun for everyone, even little kids!

You can break this game into segments so that one picture lasts the entire game.

For example, I usually like to draw a pizza.

To start, after the student receives their first star, I draw a circle. After the second star, I draw lines to split the circle.. and so on until they can guess what I’m drawing.

Where To Play Pictionary

Utilize that last page, which is typically blank. I used to play Pictionary with my students using my whiteboard but the blank page is so much easier. I also don’t have to pay for new whiteboard markers every three days.. woohoo!

Get your students up and moving to boost their energy in class.

I’ve found that charades is one of the best VIPKID reward system ideas for students that can’t focus. Charades helps them move around and be active while still participating in class.

How To Play Charades With Your Student

Play charades by moving your laptop or tablet to face the direction of an open room. In the open area, I move around to act like an animal or a person doing something.

A few easy things to act out are swimming, dog, rabbit, Elsa.

I’ve recently been testing out a new reward system for my VIPKID classroom and the results have been very positive so far.

I give you… Simon Says!

A crowd favorite, Simon Says is an excellent way to build rapport with your students.

Even my shyest students come out of their shell for this one. It’s also a great way to get your students moving around, which is perfect for the little ones that are full of energy.

How To Explain Simon Says to Your Student

In the video below, I show you an example of how to explain Simon Says to your VIPKID student, but the beauty of this game is that it doesn’t require a lot of explanation.

If you start doing actions and encouraging the student to do them with you while accentuating the phrase “Teacher Says”, they’ll catch on really quickly.

This reward system is perfect for young students and older students. If you play with an older student, you could even encourage them to be Simon for a round!

A few ideas for Simon Says include:

Note: Sometimes playing a round of Simon Says can take a minute or two.

In this case, I only play it once or twice during the lesson and give the student stars for the other rewards. This works really well and the students don’t mind at all.

Occasionally, I will give my student a star and say, “Great job! We will play Simon Says after your next star”. This way we aren’t spending half of the lesson playing games and the student is looking forward to the reward system.

One of the most difficult things about being a VIPKID teacher is finding reward system ideas that work well for older students.

Let’s be real, no 14 year old wants to play tic-tac-toe four times in a row, especially if you let them win every time.

Older VIPKID students like to engage in conversation with their teachers, especially when you ask interesting questions.

Believe me, asking questions and engaging in conversation is the best way to build rapport with older students.

Now that you have a few VIPKID reward system ideas, use these to your advantage to build rapport with all of your students.

Want to know how I became a very highly demanded teacher with VIPKID?

I’ve made a quick guide that shows you exactly what I do to keep my students coming back for me (more than just great reward systems). Enter your name and email address below and I’ll deliver this free guide directly to your inbox, along with other great VIPKID tips and tricks. 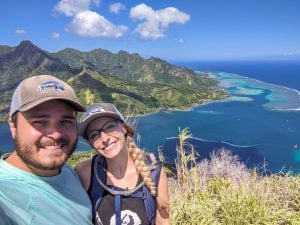 But in short, we are Mike & Laura.

We’re on a mission to visit the 10 most beautiful islands on every continent within the next 5 years.

Read more about our adventures by clicking here.