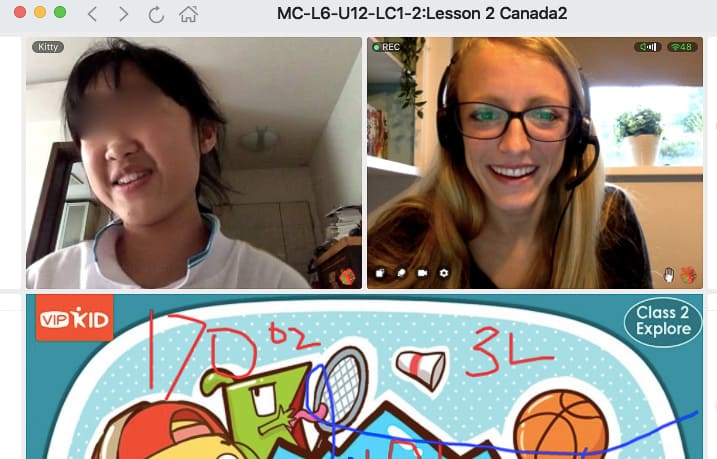 It’s happened. You’ve received your first VIPKID negative parent feedback. Sigh. Such a horrible experience, isn’t it? Receiving low ratings from parents is never fun but in this guide, you’ll learn exactly what to do if the situation occurs and how you can avoid it.

What Are VIPKID Apple Ratings?

Parents are allowed to leave an apple rating after each class, however, not every parent will take advantage of this. In fact, only a mere 30-40% of parents will leave you feedback. Not to worry, this is normal. It doesn’t mean that they didn’t enjoy your class, it just means that they didn’t have time or they don’t know how to leave apple ratings.

However, the apple ratings you should worry about (but don’t worry too much!) are low ratings. In VIPKID world, this is called negative parent feedback and let’s face it, it sucks. No one likes to receive a negative review, especially if you are trying your best.

If you are a new teacher, negative feedback might be even more bothersome. Your booking rate shouldn’t be drastically affected by the negative feedback but I would actively ask parents to leave you five apple feedback. You can ask for positive feedback when you fill out the student feedback form after a finished class.

Read next: VIPKID Teacher IT Problems and 5 Easy Steps to Solve Them

What To Do About VIPKID Negative Parent Feedback

There are two things you can do when you receive negative feedback from a VIPKID parent. Personally, I would always try to do something about negative parent feedback rather than just ignoring it. You can choose one of these options or try both.

If you feel the negative feedback was unjust, there is an option to dispute and have the VIPKID staff review it. In order to do this, go to the “Support” tab on your dashboard. Once here, find the “Contact Support” button near the top. After clicking on this, you’ll see a form that looks like the picture below.

Start filling out the form by selecting “Teaching” and “Parent Feedback” In the next drop down menu, choose the option that best fits your situation. In the description section, explain in detail why you believe the parent’s feedback is unjust.

A VIPKID staff member will review your ticket, watch the class video (every class is recorded for this specific reason), and give you an answer within 72 hours. The can remove this feedback if they agree with you.

Sometimes their response might disappoint you, especially if they choose to side with the parent. If this happens and you still feel like this isn’t right, submit a new ticket. Typically a different staff member will review your case and give you another answer. I’ve heard that this method has worked for other teachers.

Note: you should ALWAYS dispute negative feedback from a VIPKID parent if their reasoning is IT related. Parents are not allowed to rate you poorly based on your internet connection or any tech issues.

They never responded to my question, but they’ve never left me 4-apples since and continue to book my classes. You can see the exact response I sent the parents in the picture below:

Read next: 8 VIPKID Tips and Tricks Every Teacher Should Know

In order to avoid negative feedback from VIPKID parents, I follow these five simple rules and tips below:

This might sound silly, but it’s a huge no-no. Yawning during a VIPKID class is frowned upon and could lead to negative parent feedback. Unfortunately, yawning is inevitable; waking up before the sun takes a toll on us, doesn’t it?

Regardless, parents don’t like it. They see it as a sign of boredom. I’ve heard that many VIPKID teachers receive negative parent feedback because they yawned during class.

To combat this, I try my best to keep my mouth closed when I’m yawning. It may look goofy but it has worked for me. You could also refresh your classroom if you feel like you need to yawn. Whatever it takes, mask the yawns!

After 18 months of working with VIPKID, I’ve learned exactly how to charm the parents. Pleasing the parents will lead to positive parent feedback and more bookings.

Personally, I have found that the parents really like to hear positive things about their student. They aren’t so keen on hearing the negatives, so I work very hard to tread lightly when talking to the parents about their child.

After each class, VIPKID teachers are required to leave feedback for each student. I use this opportunity to say exceptionally nice things about the child. Whether or not they were successful in class, I always start out by saying how wonderful or smart the student is. I try to use as many positive words (awesome, fantastic, excellent, etc) as I can when writing feedback.

If a student struggled with a specific concept, I simply say, “For homework, (student’s name) can continue to practice the ‘long e’ vowel sound.”

If a student was naughty during class, I write, “(student’s name) was a bit distracted during our lesson, however, he/she did an excellent job when she focused. We will continue to practice focusing on the concepts of the lesson during our next several classes.” Personally, I leave the nitty gritty feedback for the VIPKID Learning Partner. The Learning Partner works as a moderator between parents and teachers. You can contact the Learning Partner by leaving feedback on the computer app, like the picture shown below.

The Learning Partner kindly relays this message to the parents while leaving the teacher out of it.

3. Focus on the lesson

Okay, this might be self-explanatory but let me explain.

I have several VIPKID teacher friends who have told me about parents that have left them negative parent feedback because they were taking notes during the lesson. It might seem like a good idea to use half of the computer screen to take notes about the students’ progress, but some parents might perceive this as the teacher doing other tasks.

I’ve also had another friend tell me about a parent who rated her poorly because she looked away from the screen a couple times during class. Keep in mind, this is a very extreme case because that is quite ridiculous. However, the point is, parents are constantly watching.

Whether or not you can physically see them in the camera shot, parents are always watching. VIPKID has developed software that allows the parents to watch the class on their phones while the class is in session.

In order to please the parents, focus on the lesson as much as possible.

Note: don’t let this scare you. 99% of VIPKID parents are kind, but there are a select few who aren’t so kind and will leave negative parent feedback.

Here’s another obvious one. Smiling constantly during a lesson might give you a headache after a while but it’s definitely necessary. Parents want to see that you are positively engaging with their child. They want your class to be as inviting as possible.

Keeping a smile on your face will help fend off any negative feedback from VIPKID parents.

And of course, praising the student when they do well will definitely leave the parents happy. When I first started teaching with VIPKID, the first parent to leave me feedback gave me five apples but wrote negative comments. She told me that I didn’t praise the student often enough. This was news to me because I thought I continuously praised her.

From that point forward, I’ve made it my goal to praise the student to an extent that might seem ridiculous and unnecessary. But I’ll be damned if I get negative feedback from a VIPKID parent because I didn’t praise their child enough.

One of the worst feelings in the world is receiving VIPKID negative parent feedback. Although it seems to be inevitable for all teachers, these suggestions will help you decide what to do if the situation arises and how you can avoid it.

Be sure to grab your free guide on how to be a highly demanded teacher below. Just enter your name and email and the guide will be delivered to your inbox!